Cimendef was a legendary escaped slave originally from Madagascar. Once escaped, he called himself Cimendef, a Malagasy name (Tsi – Mandevi, meaning ‘not-slave’).
According to several legends, he was a rebel slave who fled to live as a free man with his companion Marianne in the mountains of the island. They settled in the cirque of Mafate and established a community of escaped slaves.
Killed in around 1752 by bounty hunter François Mussard, Cimendef and Marianne left their mark on the island. The 2228m summit called Cimendef separates the two cirques of Salazie and Mafate and the ridge stretching down is called Crête de la Marianne.
Sculptor Marco Ah-Khiem portrays this emblematic couple of escaped slaves holding two children in their hands, a symbolic representation of a family unit created as free individuals. 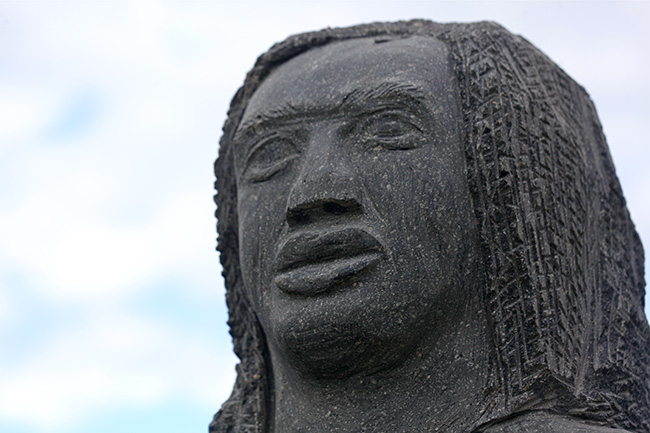 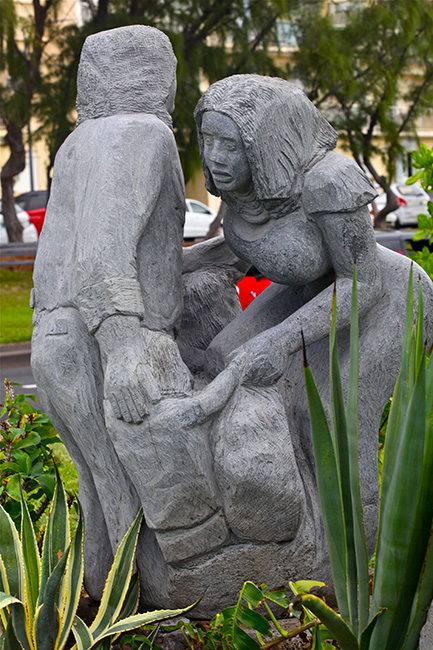 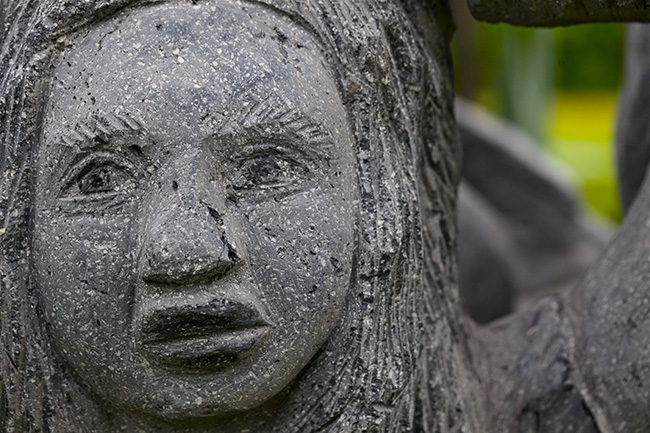