A self-taught artist, Marco Ah- Kiem honours the memory of Furcy with a sculpted ensemble unveiled at the Barachois in Saint-Denis in 2018.
In 1817, a thirty-one year old slave called Furcy, started legal proceedings against his master, Joseph Lory, to claim his freedom of birth. After many twists and turns, the trial (which lasted twenty-seven years) finally ended in Paris on Saturday 23rd December 1843.
Marco Ah-Kiem set in stone Furcy’s struggle with justice, representing him in a closed space held down by chains. Furcy is a prisoner of the Code Noir and is trying to extricate himself from it. In his left hand, he holds the declaration of human rights and stares out at a set of scales which symbolise justice. 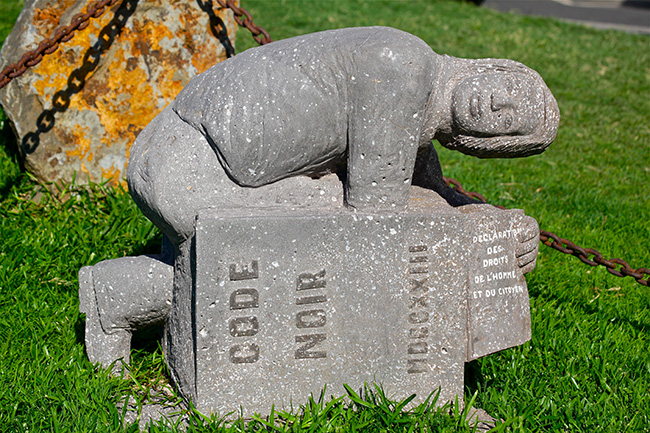 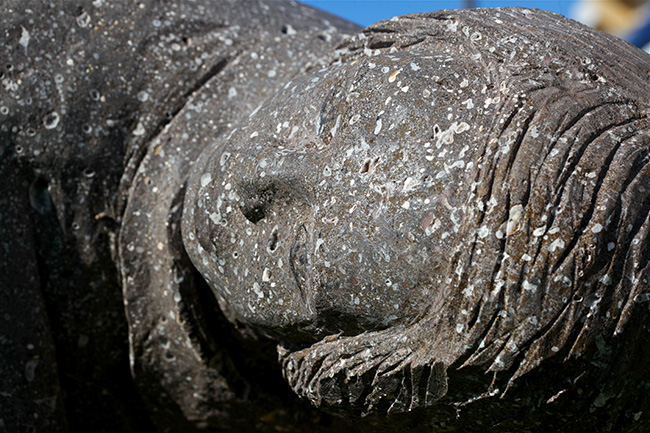 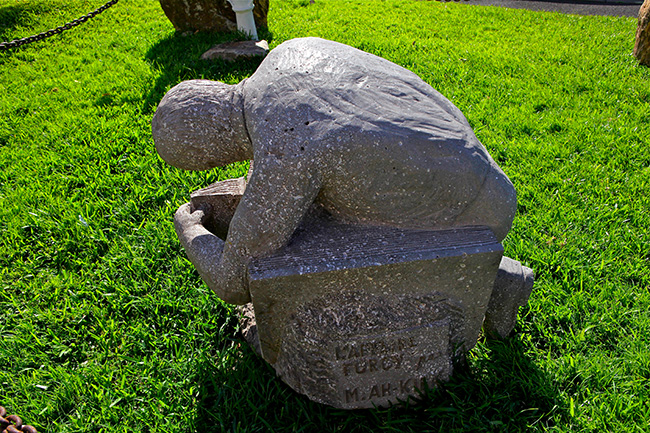