Created by artist Thierry Fontaine to celebrate the 150th anniversary of the abolition of slavery in 1998, this memorial was inaugurated on 20th December, 2001.
It is located at the entrance to the town centre, near the Rivière des Marsouins.
This artist has created a number of images, each carrying messages and representing the five letters of the French word ‘LIBRE’ (FREE). Using Corten steel, the artist has engraved an alphabetical list of some two hundred slaves, freed in Reunion on 20th May, 1848. With their newly acquired freedom, these slaves, both men and women, took patronymic names. The artist pays homage to each of them here, knowingly using the word ‘LIBRE’ in the singular form. For Thierry Fontaine, this word ‘LIBRE’ is not some republican slogan but rather a direct opposition to slavery itself. It also refers to the freedom that concerns each man and woman. Artists must also be free in their creative process. 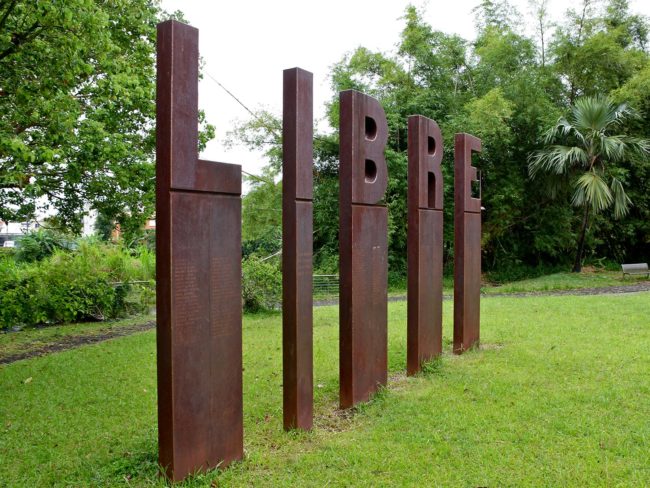 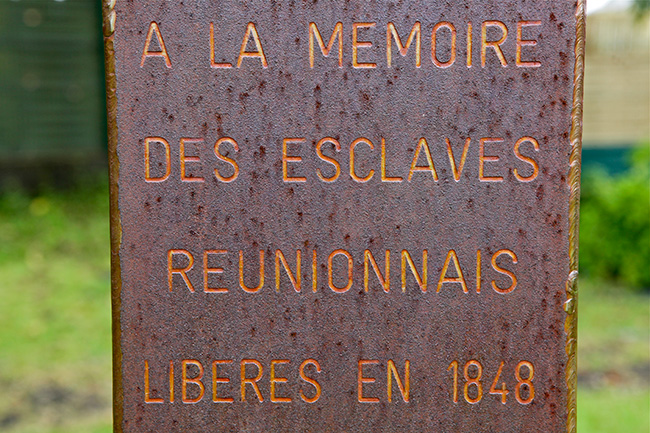 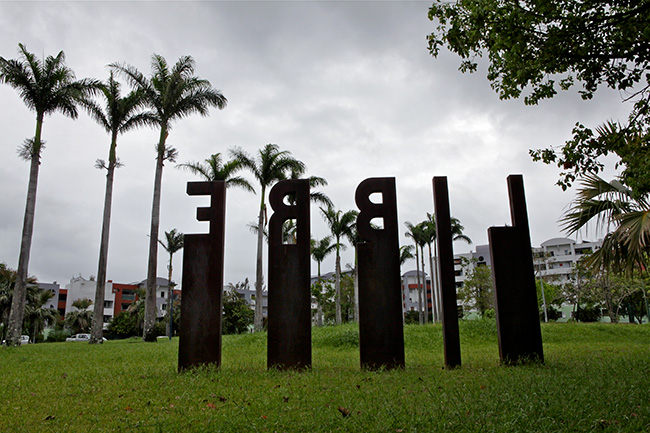