This slave memorial known as ‘Memorial to our founding fathers – Zetwal la Souvenans’ was the work of sculptor Jack Beng Thi, and was inaugurated in December 2013 near the Sailor’s Cemetery in Saint-Paul, close to the sea.

It is made up of two sections: stone plots symbolising the graves of skeletons exposed following the heavy seas of cyclone Gamède in 2007, and a large iron portico. On the side facing the ocean, there is a scene depicting slaves on a slave ship. On the other side, facing the mountain, there is a poem by the artist describing the slaves’ suffering. 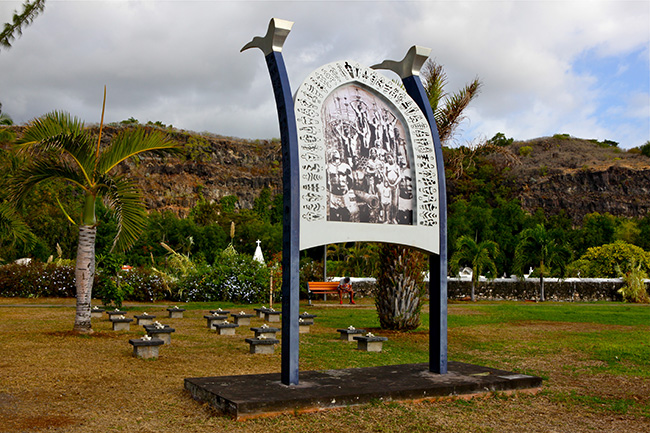 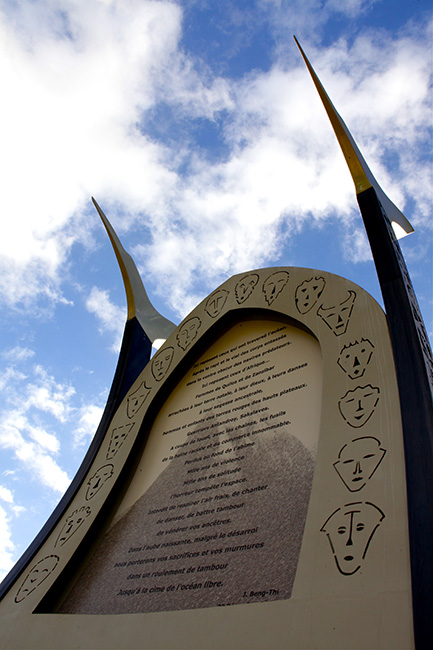 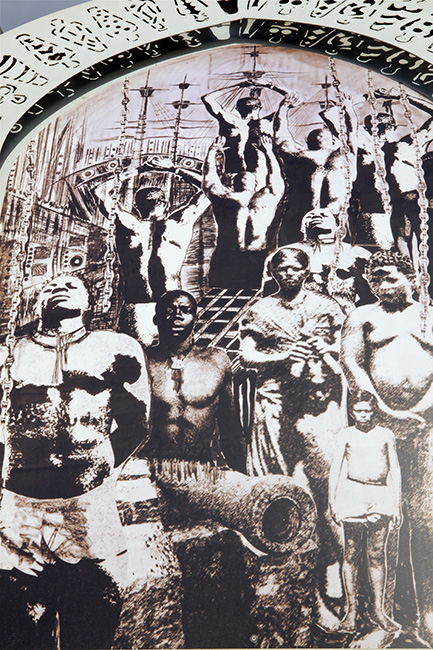