Lhis sculpture commemorating resistance to slavery was inaugurated on 15th April, 2012, in memory of the only major slave revolt on Bourbon Island which took place one hundred years before. Located in the ‘Place de l’appel du 18 juin’, it was created by Nelson Boyer.
This imposing and massive work was sculpted from a single block of basalt, representing the figure of Elie and his brothers in combat who were executed in 1812, after their arrest and conviction for the part they played in the Saint-Leu rebellion. 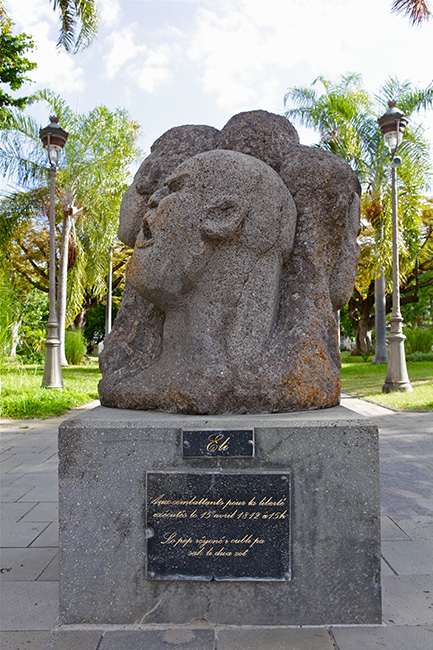 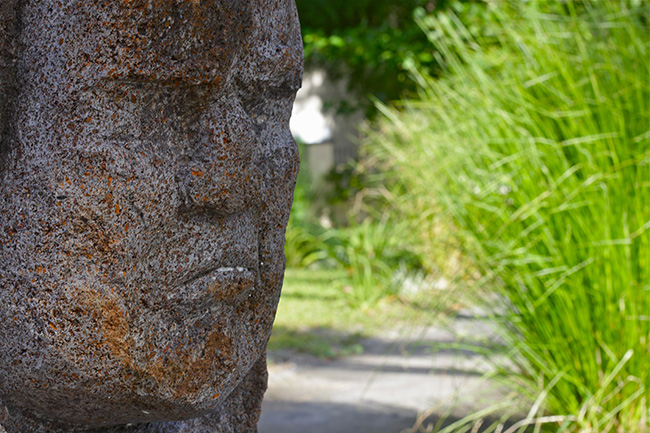 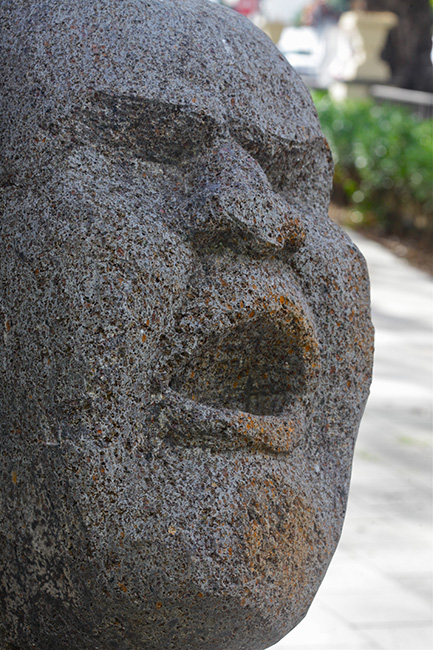