Inaugurated on 20th December 2000, this work represents the first of seven elements of a large memorial in memory of the slaves. It is the first stage of a journey leading up to the summit of Dimitile, the highest place on the island where slaves would escape, a place of remembrance which is steeped in history.
This sculpture is the work of artist Éric Pongérard. On a granite slab with the names of slaves engraved, stands a stacked column made of horizontal rocks, fused in mortar. An excerpt from a poem by Boris Gamaleya is carved in a stone placed at its base: ‘Leaving the rock, the song takes flight’. 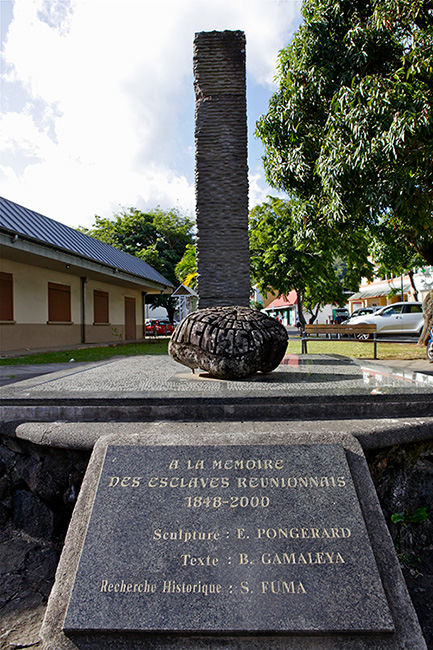 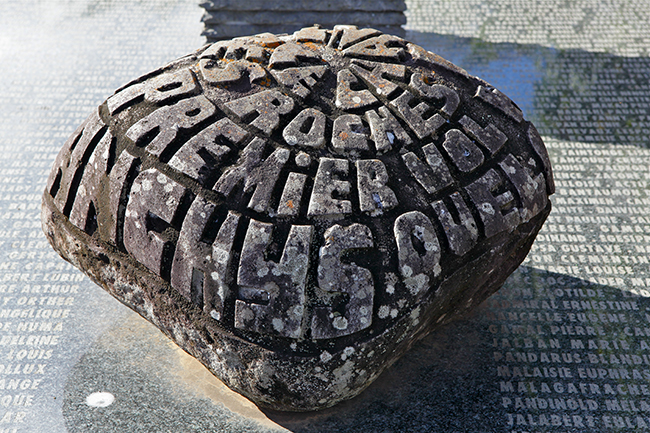