The slave Mario and the Black Madonna

This is a representation of an escaped slave called Mario standing at the feet of the Black Madonna. In his left hand he is holding a statuette of the Virgin, and his open right hand seems to be imploring her grace.
According to local legend, this young slave was sold to an evil master. Following his mistreatment, he escaped to the hills, taking with him the statuette of a Virgin that his first owner had given him. He found refuge in a small cave in the place now known as La Vierge Noire.
One day, he hears the slave-hunters approaching his hiding place. Having no time to flee, he placed the statue of the Virgin on the floor and started to pray, asking for her protection. Immediately, bougainvillea began to grow, blocking the entrance to the place where he was hiding, thus preventing the hunters from reaching him. 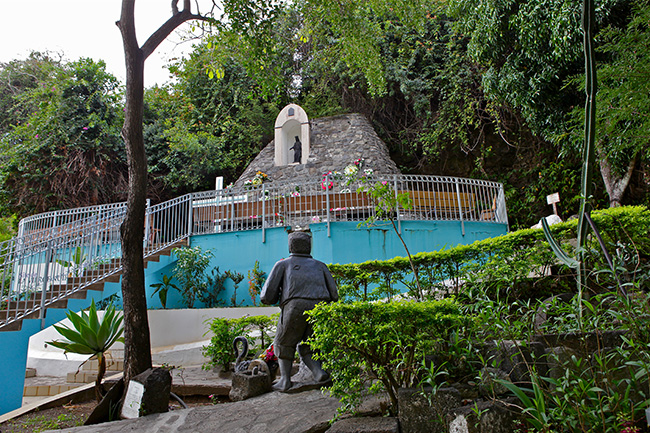 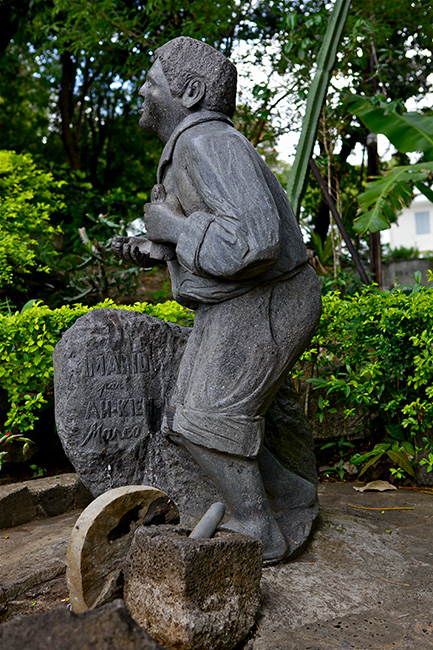 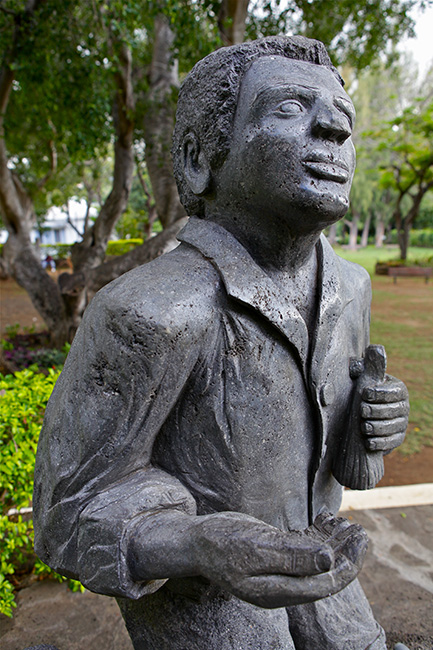 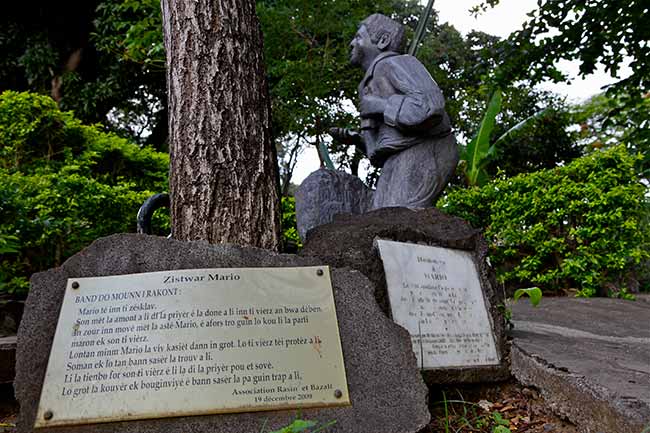