As part of the Week of the History of Indianoceania, the International Historical Association of the Indian Ocean, in partnership with the Department of Reunion Island, is offering on November 28, 2020 at The Villéle Museum, history of the estate and of slavery, an international conference entitled ‘Slavery. New approaches’. 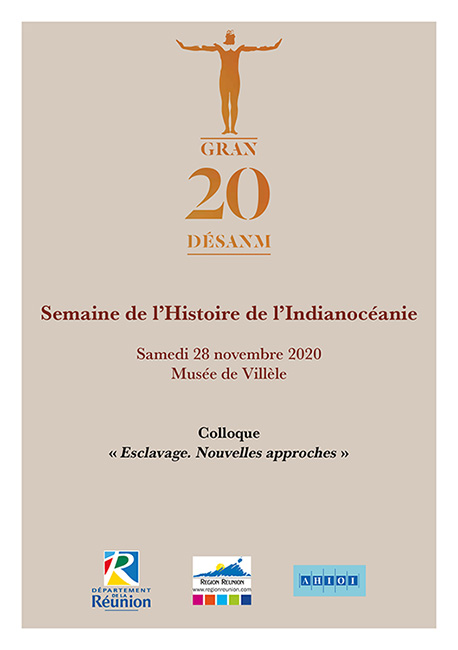 As usual, the last day of the Week of the History of Indianoceania will be devoted to the theme of slavery. Thus, the International Historical Association of the Indian Ocean, is contributing to the commemoration of the abolition of slavery by France in Reunion Island on December 20, 1848.

The rule that has been imposed on researchers is to renew knowledge about this iniquitous system of exploitation of human beings by human beings.
This year, colleagues from Mozambique will deal with the issue of slave trade from their country.
Mr. Jean-François Cany, who brilliantly defended in September his thesis entitled “Religions and servitudes. Theory, ethics, salvation: origins and dialectical structure of ideologies of servitude around an island of the Indian Ocean” at the University of Reunion Island, will have the opportunity to continue his reflection on this theme with which he is very familiar.

Prosper Eve,
President of the International Historical Association of the Indian Ocean Indien

Due to the current health crisis, it will take the form of a video conference and will be broadcast live on the Villèle Museum’s Slavery digital portal.