In 1811, slaves from Saint-Leu rose up against the system of slavery to claim their freedom. 145 of them were arrested and jailed at the Saint-Denis prison and 25 of them were sentenced to death. GEREON and JASMIN were two of the convicted rebels and were beheaded at the Barachois on 10th April, 1812.

The town council commissioned this work in order to honour the memory of these slaves who fought for their freedom, and to remember their important role in the history of Reunion Island. 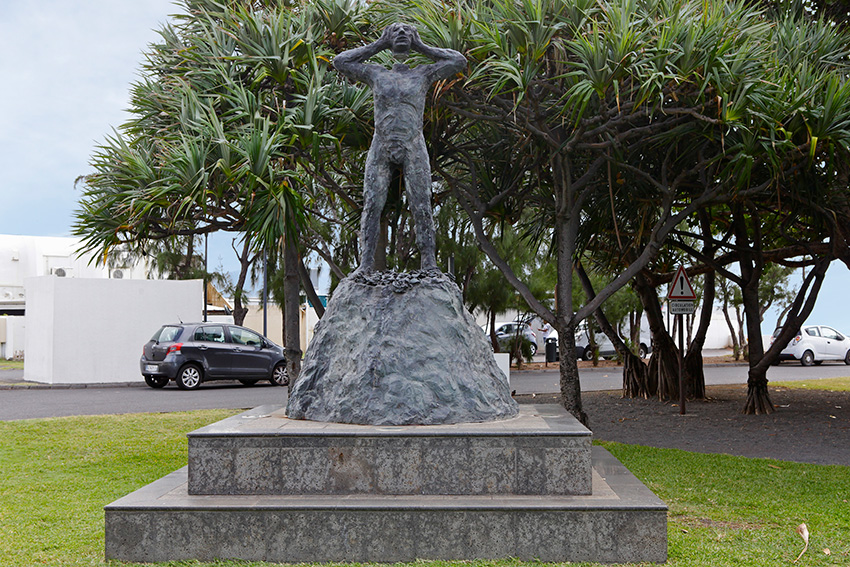 This bronze statue by Henri Maillot, a sculptor from Le Port, represents a single slave:

He stands tall, his legs sturdy, solid and proud. Like a trophy, he carries his own head that has just been cut off. In an emblematic gesture, he shows that, despite his torment, his struggle was not in vain and he wants us to remember him.
Of course the image is gruesome, but is it any more horrible than the crucifixes we have everywhere? History, our history, needs landmarks. I wanted to create a ‘definitive monument’ because what more can be said after this? The cone-shaped base represents our submerged island and the mountains, the places where slaves would escape to seek freedom and refuge. Bronze roses are placed at the foot of the mutilated man. Two chameleons sit on top of the flowers, symbolising innocence and highlighting our never-ending connection with nature. 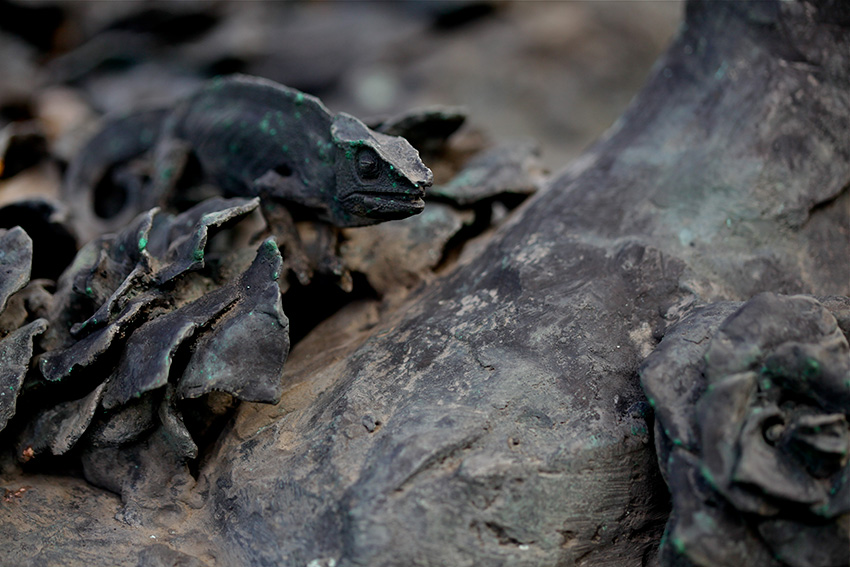 In ancient Greece the symbol (the symbolon) was literally and originally a shard of pottery broken into two pieces and shared between two individuals in such a way that their coming together perfectly assembly was proof of their common origins and therefore a sign of recognition. Here Géréon is moving to replace his own head, a sign that he will be ‘one’ again. The workmanship is deliberately rough, almost like a sketch. It gives us something to imagine and, just like lava, gives the impression of constant movement. 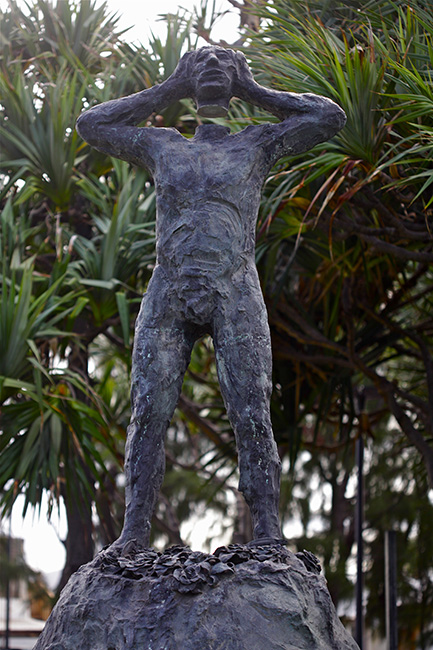 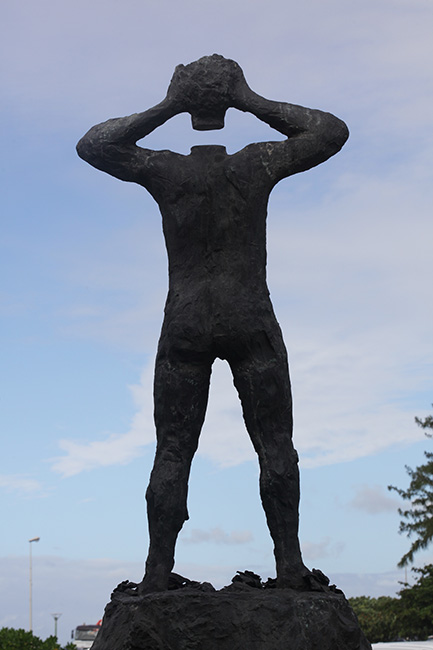